Once again, Microsoft has thrown a monkey wrench into the operation of how your network neighborhood (or “Network”) item under Windows 10 works.

I had previously created this blog post which addressed the initial issues with Windows 10 not allowing the Network to show a list of all your local computers.

Well, due to the Fall Creators update and versions 1709 and later, Microsoft has moved even further to stop the use (and functionality) of the Network icon inside windows explorer.

Microsoft has completely disabled (and removed) SMBv1 in Windows 10 (and modern Windows Server 2016) starting with the FALL CREATORS UPDATE build 1709 and later.   This in-effect completely disables the ability for your NETWORK item in Windows Explorer to populate a list of your local network computers.

I manage several small networks and it is EXTREMELY helpful to be able to browse a list of all the local computers.

it will prompt you to reboot

when you’ve rebooted, go to windows file explorer and click on NETWORK.  you may need to hit the refresh icon, but it should pull the list of all local PC’s and magically your network neighborhood will now work!

**Note: if you try this and it still doesn’t work, make sure you do the registry entry on my prior blog post (link at the top of this post).  You will need to add that registry key and reboot.

When I play streaming video from YouTube on the monitor, the display blinks on and off continuously.  This does NOT happen when using the Philips for TEXT displays (outlook, explorer, etc.)

The fix is easy.

First, make sure your second monitor (HDTV) is in “PC” mode. (This is not the fix in itself).

Secondly, I have the most current NVIDIA drivers installed.

click on your secondary monitor name (in my case, PHILIPS)

You will see a dropdown box appear.

Set “content reported to the desktop” to “Desktop Programs”.

Your secondary monitor should now be rock stable while watching videos.

let me know if this helped you!

If you are having a problem with the MICROCHIP XC8 installer hanging on installation under Windows 10 — (see screenshot below): 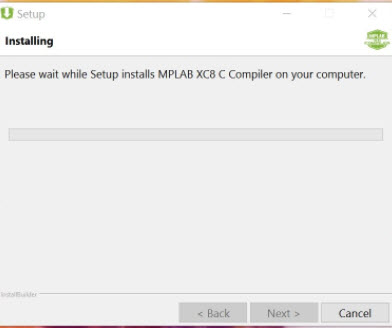 Change your screen resolution to 1080p, and TURN OFF all “screen scaling/screen zooming” settings

Reboot your computer (trust me, just do this step)

The installer should work fine now.

when done, change your screen back to whatever settings you previously had it at…

let me know if this works for you.  I spent 2 hours trying to figure this one out.

**NOTE: as of 12/2017 and the Fall Creator’s Update builds 1709 and later, Microsoft has again broken the functionality of the “Network” (Network Neighborhood) item inside Windows Explorer.  You will probably need to do both add the registry key below, as well as follow the directions in my new post, here.

this is a follow-up to my original post in which I discussed how to setup cross-subnet browsing so that all computers come up in “Network” or “Network Neighborhood”.

For the last few months, my “Network” browse list has disappeared and would ONLY show computers from my LAN subnet.  My remote (VPN-to-VPN) network subnet disappeared from my “Network” computer list.

After >>MUCH<< research I have found the problem and will present the solution.

The problem is due to the Microsoft Windows Update (for both desktop and server OS’s) KB3161949  (read about it here).

Part of the effect of this update was to “harden” the NETBIOS service and prevent NETBIOS data from being sent between subnets.

Two ways of handling this.

To REMOVE the hotfix:

On Desktops:  Same process as above – HOWEVER – Depending on which version of windows, which OS Rollup you are on, 3161949 might not show up.  If you cannot remove 3161949, simply add the registry key below.

Involves a registry key addition, then you need to reboot the machine.

** REMEMBER TO REBOOT after you do either the uninstall or registry key.

Then I did this on my Windows 10 Pro workstation (via registry key) and rebooted.

When I checked my computer 30 minutes later, all machines were showing up in the browse list under “Network” in Windows 10.

** ADDITIONAL NOTE:  Just for the heck of it, you might as while put that registry key onto all your domain servers.  Even though I had uninstalled 3161949 from all 4 of my domain servers (and hidden that update), one of my DC’s re-applied that patch and rebooted, thereby messing up my Network list again.  So I just went and put that reg key onto all 4 DC’s just in case they get that update somehow in the future.

** NOTE: Do this at your own risk.  I’m not responsible for your network security.  You have to make the decision on what’s more important to you here.  Being able to see the entire cross-subnet network, or security.  I can’t speak as to how this increases or decreases your security risk.

Let me know if any questions…

I recently upgraded my workstation to a new computer running Windows 10 Pro.  I needed to move over my Outlook 2016 email accounts and calendars to the new location.

This is a very easy process.